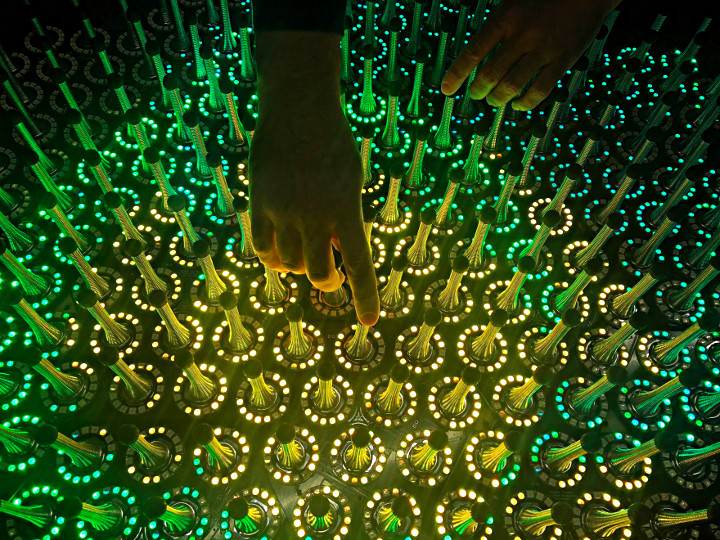 The piece uses 228 neopixel rings with 16 LEDs each.  Inside each ring is a springy door stopper that when touched generate fractal-like effects.  It uses 3 Teensy 3.2 boards and a PC running a Python script to simulate the quantum problem.

The Quantum Garden is connected to the Quantum Black Box, a sophisticated software device developed by quantum physicists.  When people touch the springs they aren’t just making pretty light patterns happen, they are generating inputs that will be processed by the Quantum Black Box and used to help solve an important scientific research problem.

Additional information on the project can be found on the Quantum Garden web site.

The project is a collaboration between the University of Turku Schools of Science and the School of Arts, Design and Architecture at Aalto University, and sponsored by the Centre for Quantum Engineering.