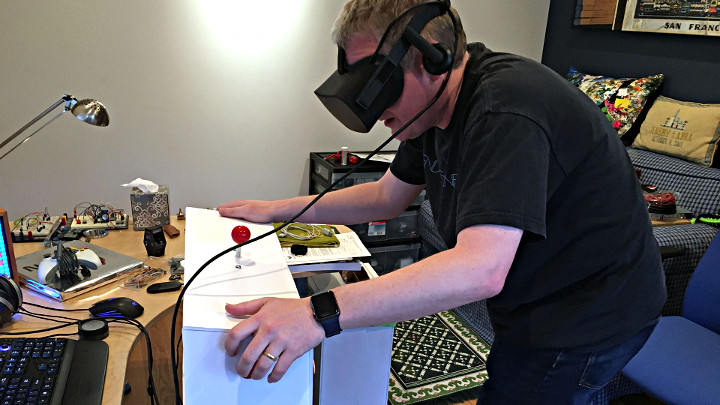 Jeremy, a huge pinball enthusiast, knew he had to build a cabinet when he saw Pinball FX 2 VR at Oculus Days.  Digital pinball games have been around for quite a while, but as Jeremy noted, one of the problems with them is that your perspective is static.  Virtual reality (VR) pinball games allows users to change their perspective while playing, allowing for more finesse.

The PinSim cabinet improves the game play experience by adding a few elements that are crucial for realistic pinball play such as tactile controls, “non-clicky” buttons for the flippers, and an accelerometer-based nudge system.  Not only can you nudge the cabinet to move the ball, but if you nudge too much, you’ll tilt.

For the electronics a Teensy-LC using the MSF-XINPUT library by Zack Littell is used to emulate an Xbox 360 gamepad. 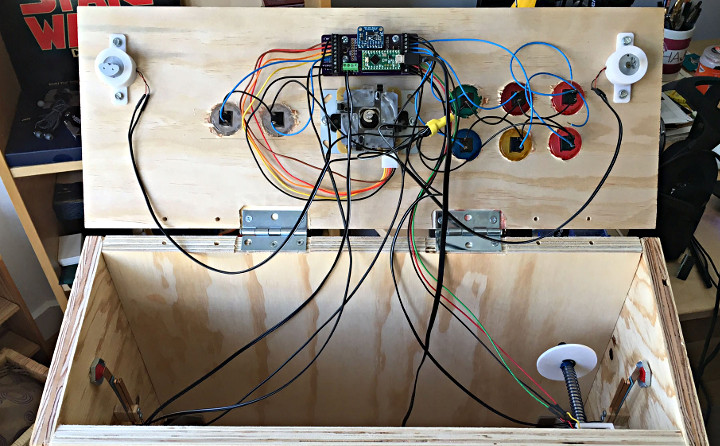 Build instructions for the cabinet can be found over on Tested.  Code for the project can be found on GitHub.  Over on the forum there’s a thread helping a user get all the libraries need to compile the PinSim code.