Like many of us, @maketvee dreams in RGB LEDs. 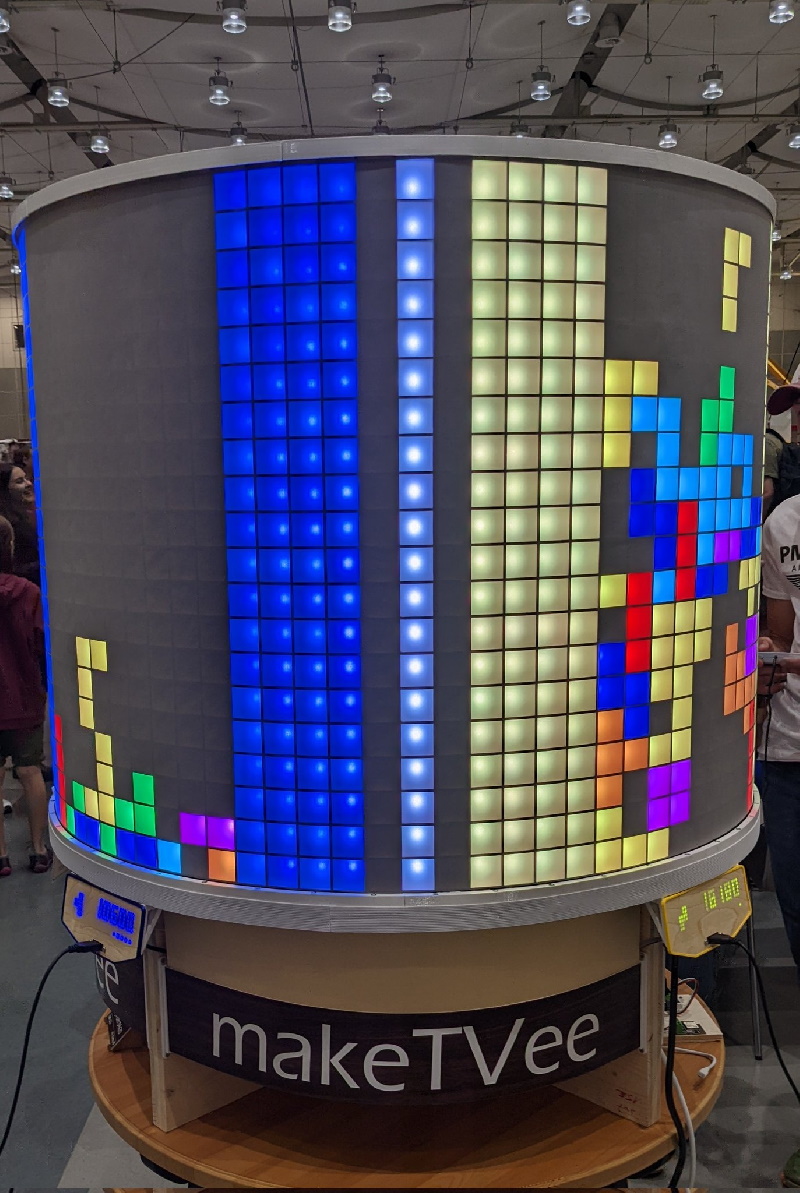 After years of existing only during REM sleep, his LED dream finally crossed the oneiric threshold and became manifest as a 90cm diameter, 70cm tall spectacular cylinder!

The cylinder consists of 30-LED-per-meter WS2812B strips, totaling 20 RGB LEDs vertically and 84 horizontally. In addition to 4-player competitive Tetris, the display can be used to display various animations, depending on which dev board is powering it. A Teensy 4.0 is used for Art-Net display mode, with Jinx! as a controller, allowing the display of text, video, and various special effects. 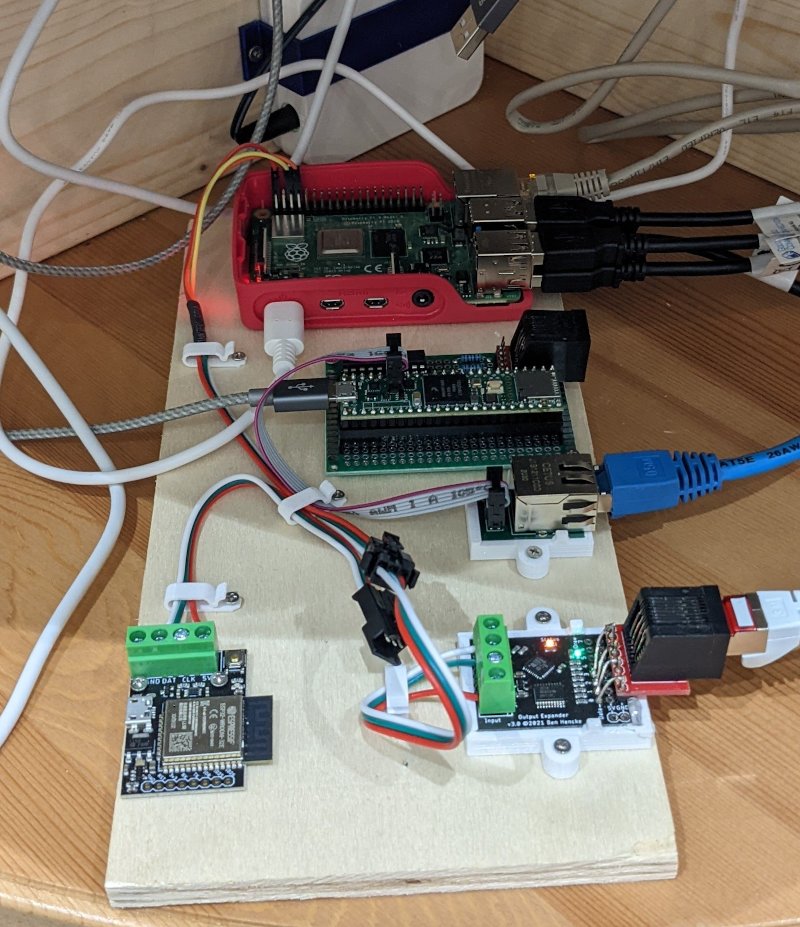 The unit can be broken down into four quarters for transport and storage. While we may have missed the chance to see it in person at Maker Faire Hannover 2022, the real takeaway is of course: if you can dream it, you can L-E-Do it!

After dreaming about it for years, I finally made it: pic.twitter.com/9caPl8WpZT