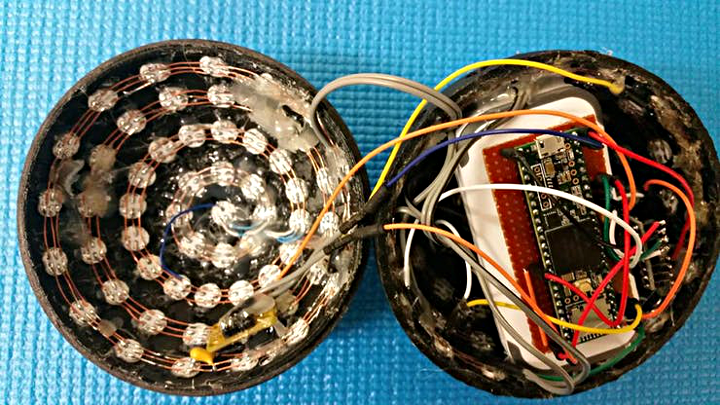 This nifty LED sphere has multiple sensors to make it interactive.  It features a gyro board and audio mice controlling 130 addressable LEDs.  The project uses takes advantage of the processing power and memory of the Teensy 3.6.

There are menu buttons on the sphere used to select up to 9 different effects:

Code, schematics, and build details are available both on the Hackster.io project page and Instructables