Foone Turing is a Python programmer from California who likes to make strange and wonderful USB keyboards in his spare time. 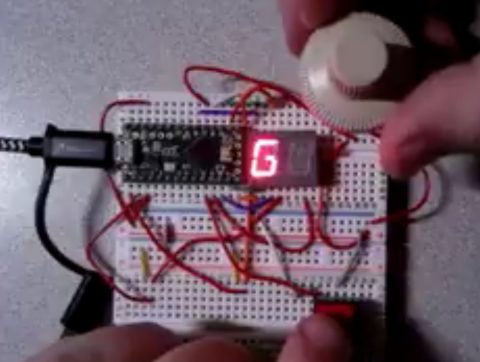 In a recent project posted to Twitter, Foone used one button, one knob, an 8-segment display  and a Teensy to make an extremely minimal and inefficient approach to keyboard user interface design.

Foone’s single-knob keyboard uses a potentiometer to select ASCII characters based on degrees and an enter button to select the character. The selection is visualized in an 8-segment display  and all components are driven by a Teensy LC. In the video below, Foone writes his first “hello world” for the project with a post to Twitter.

A little while ago I threatened to make a keyboard based on a knob that you turn to select the letter, and a button to enter that letter.

And now I have built it! pic.twitter.com/AToxvqkfXq

Foone further demonstrates his design at work in a recorded game of Zork, but cautions that it may not be the most ergonomic of products saying, “I recorded 5 minutes of it and now my hand hurts.” Some Twitter users pointed out that the design is reminiscent of the iPod click wheel designed by Apple in 1998 and used in the iPod Classic and the iPod Shuffle. 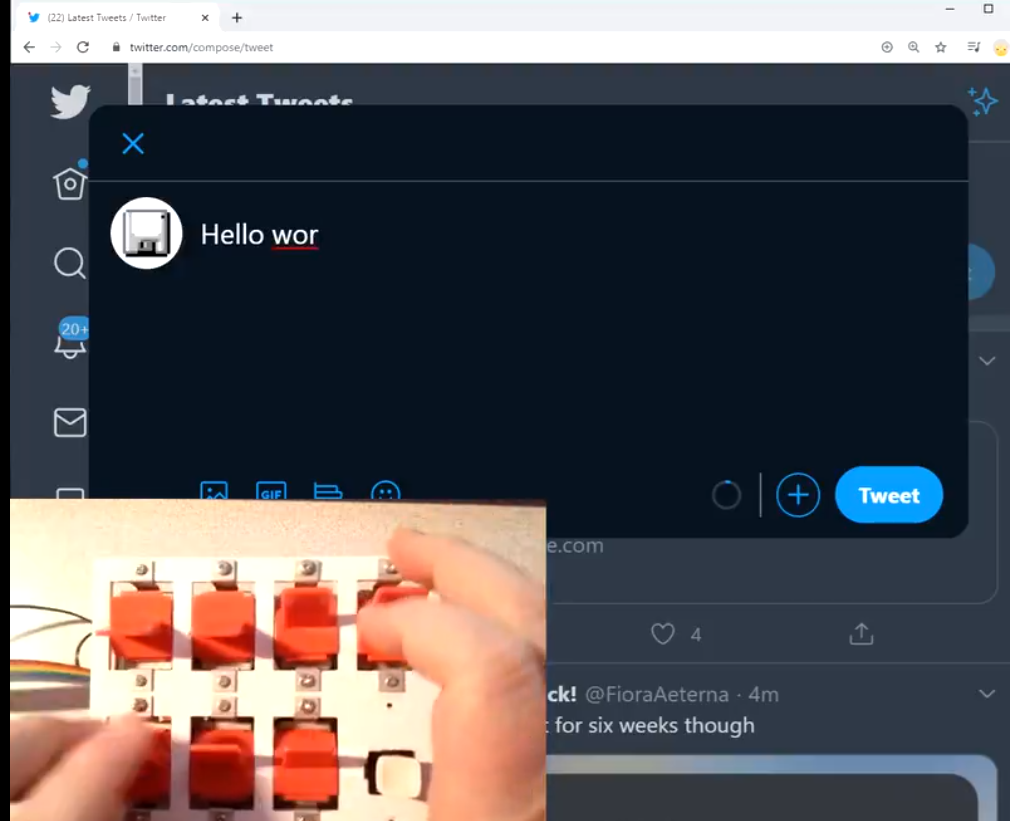 Aside from this design, Foone has made many unusual keyboards including one which has faux fur in lieu of keys and another which uses 7 switches and a button to allow users to select alphanumeric characters by inputting binary. Foone’s keyboard designs, which you can explore more of on his website, are a playful exploration of human computer interaction and user experience that makers and designers alike can delight in.