When the Commodore 64 launched in 1982, the venerable MOS Technology 6510 that powered it clocked along at around 1 MHz, depending on region (NTSC vs. PAL). 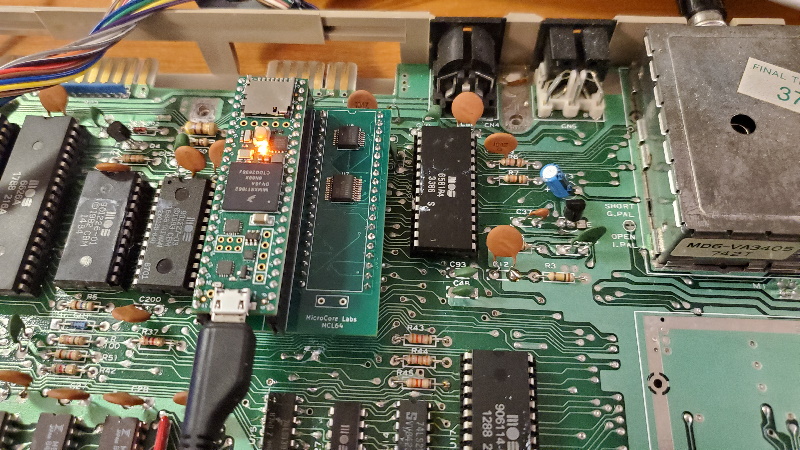 Fast forward to 2023, and the latest Teensy 4.x models are rated at 600 MHz without overclocking. So what happens when you drag the C64 kicking and screaming four decades into the future? Ted Fried aka MicroCore Labs has the answer in the form of his Teensy 4.1-powered MCL64.

The MCL64 consists of an inexpensive PCB (open-source and available on GitHub), which hosts a Teensy 4.1, and replaces the onboard 6510 CPU. In addition to providing a cycle-accurate mode, the MCL64 may vie for the title of “world’s fastest Commodore 64” when running in accelerated mode: initial testing put it at twice the speed of 1996’s WDC 65C816S-based 20Mhz SuperCPU, with further optimizations improving performance significantly further — and that’s without pushing it to the ultimate extreme with the Teensy’s maximum overclock frequency of 912MHz!

Ted has posted several blog posts about the project, and the PCB and source code can be found on GitHub.