MrCanvas decided to have a go at creating his dream self-contained sequencer, in the form of the Beatmaster2k! 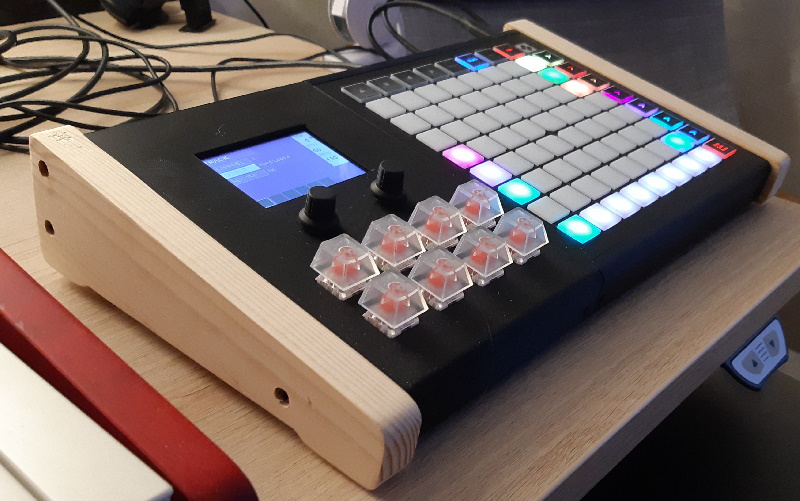 In the mid 1990s, so-called “groovebox” devices began to emerge, which allowed electronic music producers to sequence and improvise music using a single, self-contained…well…box! As digital audio workstation (DAW) music production software became more accessible, producers began to gravitate more toward computer screens, and as control surfaces for these DAWs began to emerge, this gave the best of both worlds: knobs you can touch, with the ease-of-use and expandability of a general-purpose computing device. But not everyone wants to sit in front of a giant screen all day, which is why the industry has seen a renaissance of self-contained workstation devices in recent years.

In addition to a Teensy 4.1, the project consists of an ILI9341 display, two encoders, eight buttons via an MPC23017 I2C I/O expander, a powered USB hub, and a Novation Launchpad Mini Mk3 control surface. It currently supports seven tracks with eight 128-column polyphonic patterns each, edited as matrices on the Launchpad. The source code is available on GitHub, and you can check out the video below for demonstration of this groovebox getting groovy!