Fuzzy-Wobble published an Instructable for a Meme Video Alarm Clock.   This custom clock plays a video of your choice for the alarm, but of course the “Wake Up Wake Up” clip featured in the video makes for a pretty awesome alarm. 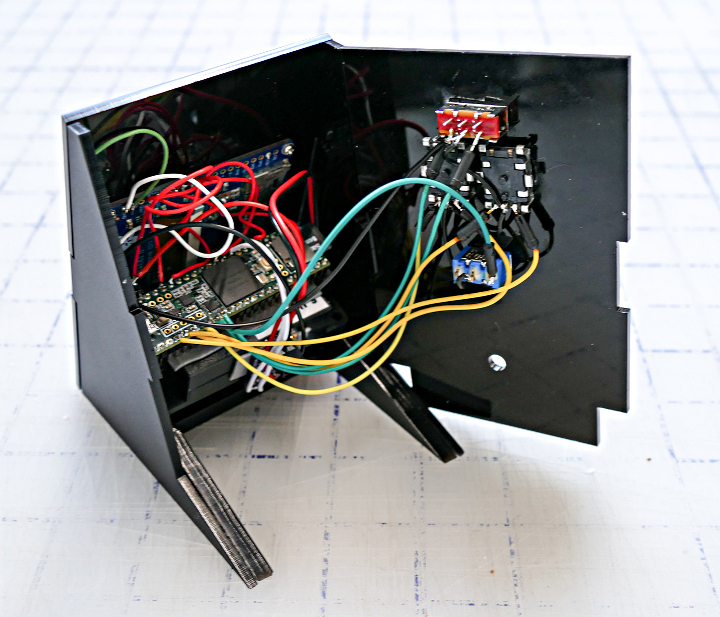 The Instructables page provides all the code and instructions for making your own, including instructions on formatting your own custom video and the files for laser cutting the enclosure. 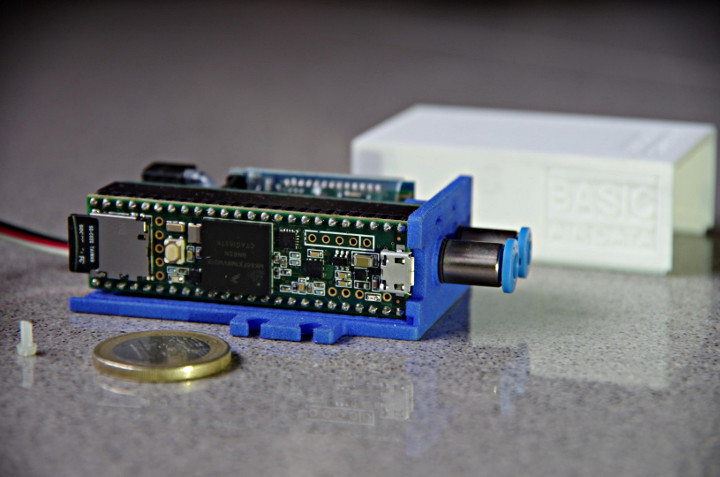 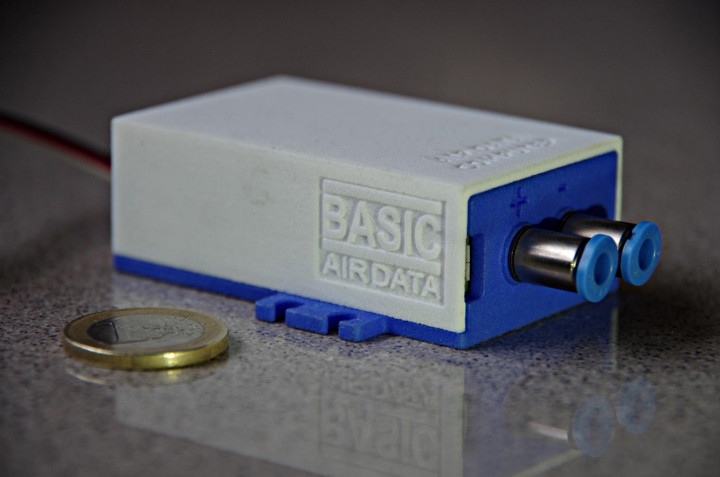 Be sure to checkout the project website for detailed information on how you can build your own.

The project is Open Source with code and hardware detail published on GitHub. 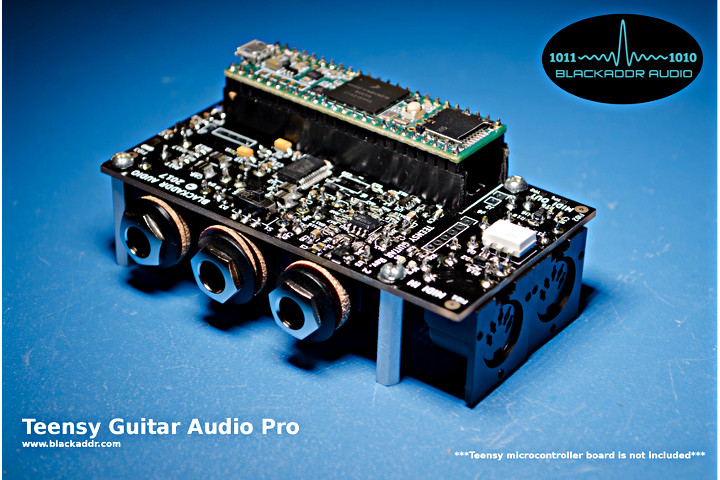 The TGA Pro is  stereo-sound capable and designed specifically for use with guitars providing an onboard preamp specifically designed for the wide range of voltages and impedances encountered when dealing with guitars, pedals and guitar amps. It also provides onboard MIDI connectors for use with the Arduino MIDI library, and optional external SRAM for additional data storage. This shield makes it very easy for musicians to add effects while playing guitar.

You can read about the board’s development over on this forum thread.

In this video demo the only gear used is a guitar, the TGA, a MIDI expression pedal, and a tube amp.  The expression pedal is used to open the input to the SOS channel and feed in the same chord in two different octaves to get a nice blended background ambience.

Be sure to check out blackaddr’s Tindie page for all the details on this shield.

Forum user jasper is developing a connector board for the Teensy 3.5.  This useful board breaks out many of the pins to easily accessible connectors. 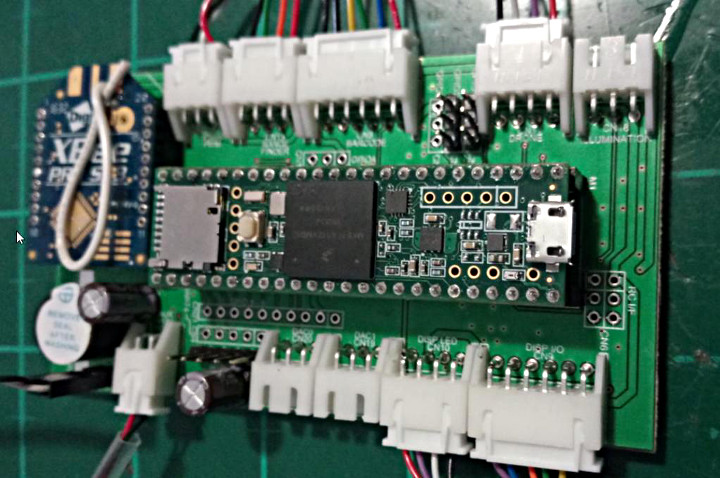 Over 20 of the pins are broken out by this board.  It also sends power and ground to many of the connectors, making it useful for wiring in sensors and peripherals.

Today this question came up on the FastLED Google+ Group, so I decided to actually measure.  Turns out, I was surprised to learn it varies quite a lot, depending on which type you actually have.

My first test was this little board with 64 LEDs. 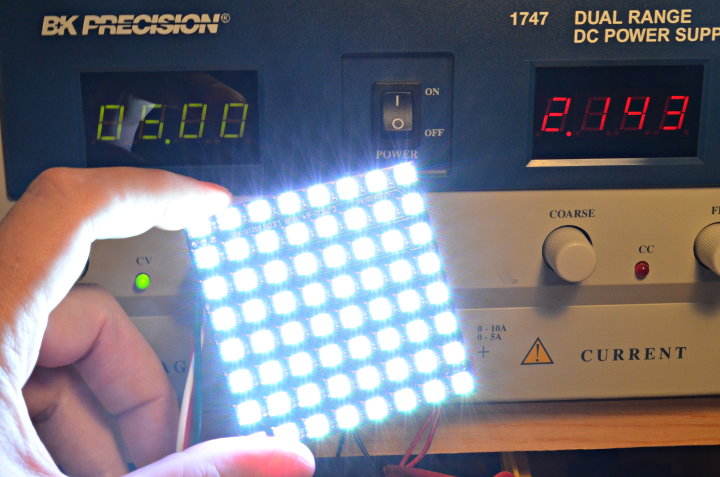 This is much lower than the 50 to 60 mA per LED budget that’s often mentioned.  Here is a macro shot of the actual chip in these LEDs: 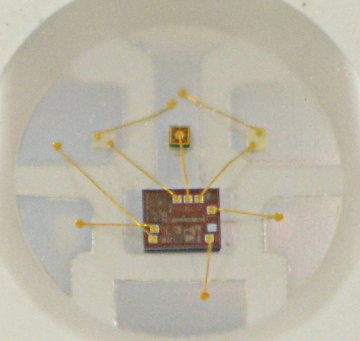 Since the first test turned out so low, I also dug up a small strip of WS2812 LEDs from a project made a couple years ago. 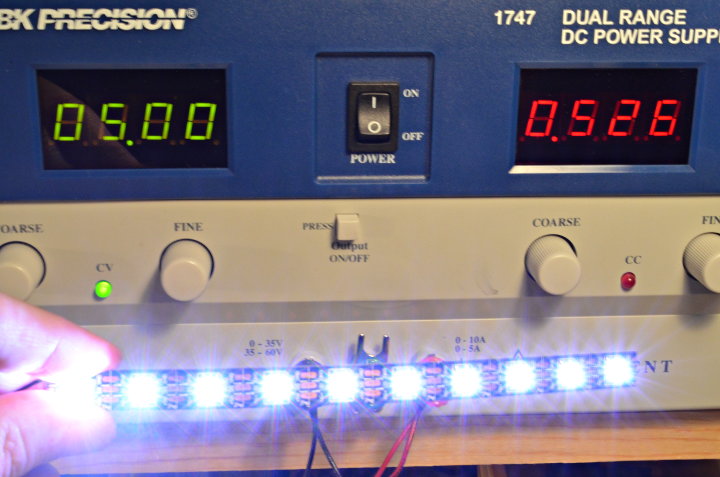 These actually are just above the “normal” 50 mA budget.  They also have a distinctly different chip inside. 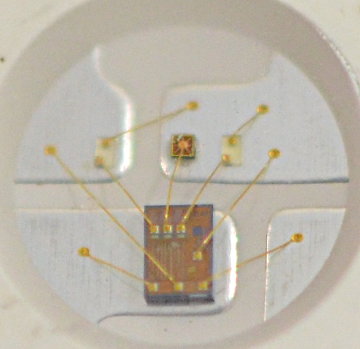 Both of these were called “WS2812B”, but obviously they are quite different.

One thing that is nearly identical to both types is the current used by the controller chip when the LED is “off”. 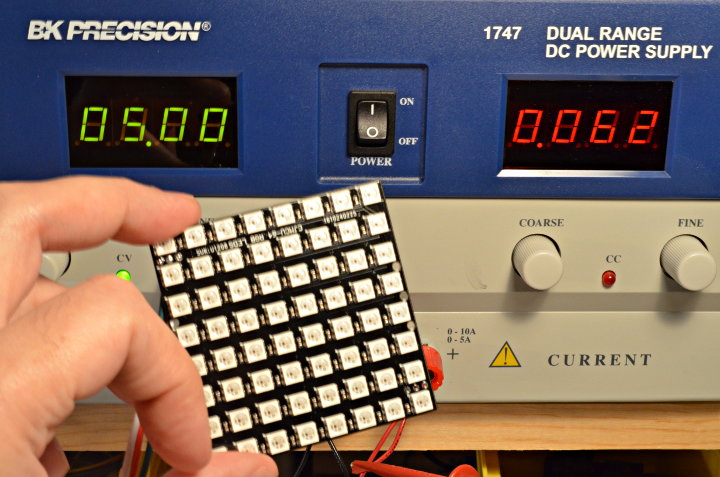 Both are just under 1 mA per LED when just sitting there dark.

This was just a quick test with two WS2812B LED products I had on hand.  There may be even more types.  But at the very least, hopefully this can give you an idea of how much power you might need for a LED project, depending on which type you actually have.

Forum user luni couldn’t find a stepper motor library to meet his needs, so he wrote his own.  The library is able to handle up to 300,000 steps per second.

This video shows two steppers running up to 160,000 steps/sec.

There is a great write up and explanation on luni’s GetHub Page.  The page includes excellent explanations and diagrams on the three types of movements. 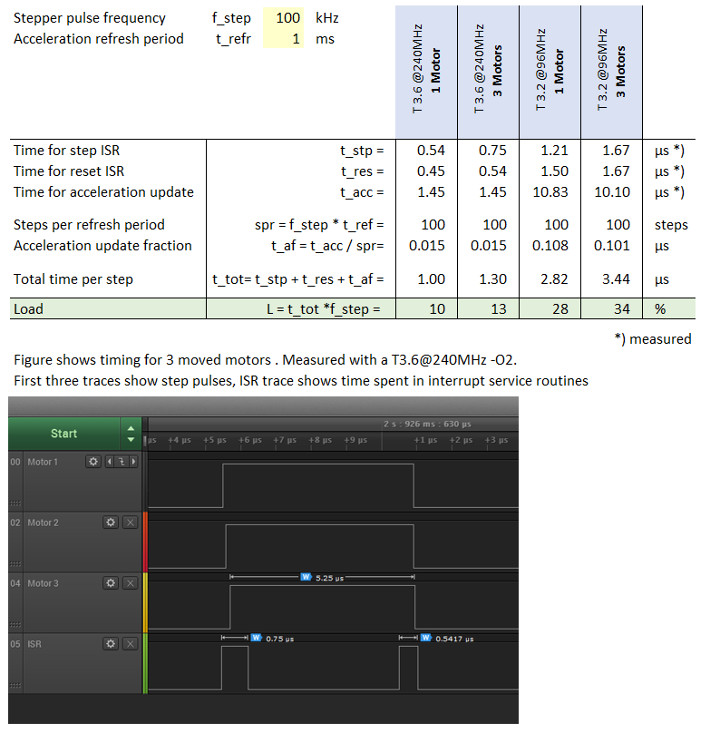