Normally memory displays aren’t known for speed.  Nic explains that the display actually allow you to update only specific lines.  His approach uses a conversion of video with blue noise dithering and some forward diffusion to avoid pixel moving too much between frame.  Then the video is encoded to a custom format, with only the lines which change between frames.

Nic’s video conversion tool, written in Lua using Dear Imgui for the user interface, was designed to quickly experiment with dithering and tweaking values with side-by-side comparison of results. 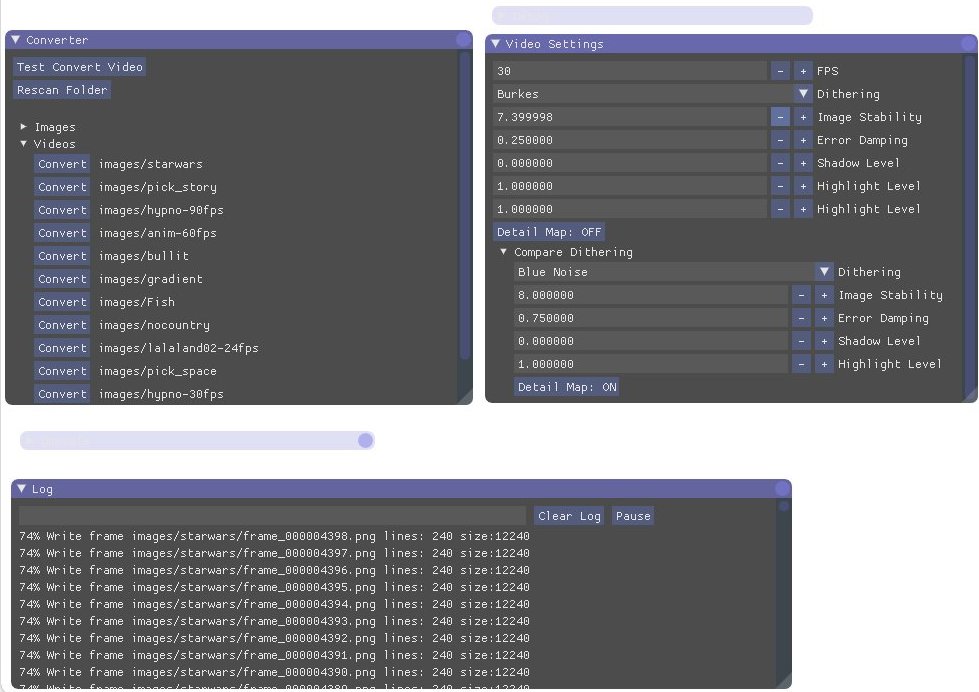 Nic started with Adafruit’s library and added optimizations for good performance when running on Teensy 3.5.  Using this dithering technique and crafty optimizations results in impressive looking video on these displays not normally considered capable of such feats.  Awesome work Nic!