The Waveonoi is a light installation, first featured in the Amsterdam Light Festival as part of a larger piece called From Twente with Love. 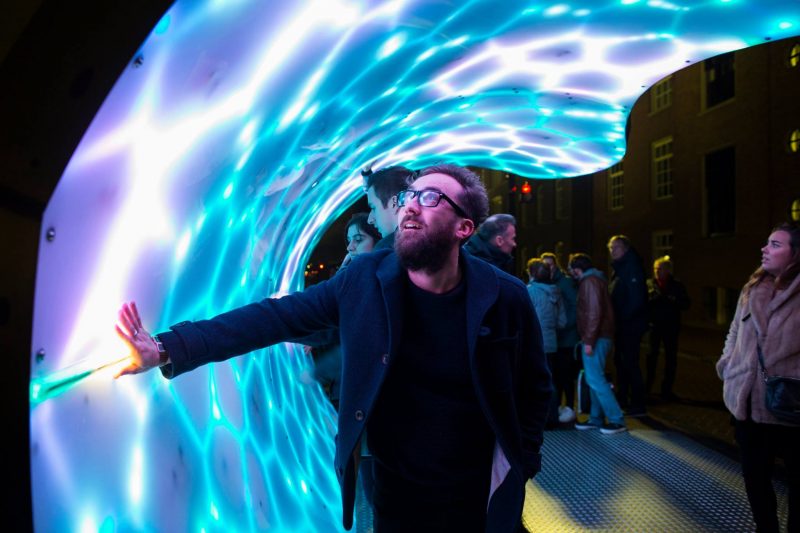 The project was a collaboration between six students (Edo de Wolf, Jorik Ordelmans, Han de Jong, Lubo Andreev, Wouter Deenik and Emiel Harmsen) from the DesignLab at the University of Twente, as well as the Twentse Ambassade and artist Randy van Lingen.

Initially using eight panels of LEDs and a Teensy 3.6, the piece used a Voronoi pattern to depict a wave rising up from the canal. Visitors could touch the inside of the wave, triggering a beam of “love” that traveled through the wave to sculptures behind, which blew kisses to the boats on the canal. Emil and Wouter have written about their contributions.

One of the panels was upgraded by Emil with a Teensy 4.0 which increased its frame rate from 40 FPS to 140 FPS. The Voronoi pattern is created by 1761 LEDs supported by the OctoWS2811 LED library.

You can also check out this post by Paul from PJRC on the Teensy Forums for more details. Video below.