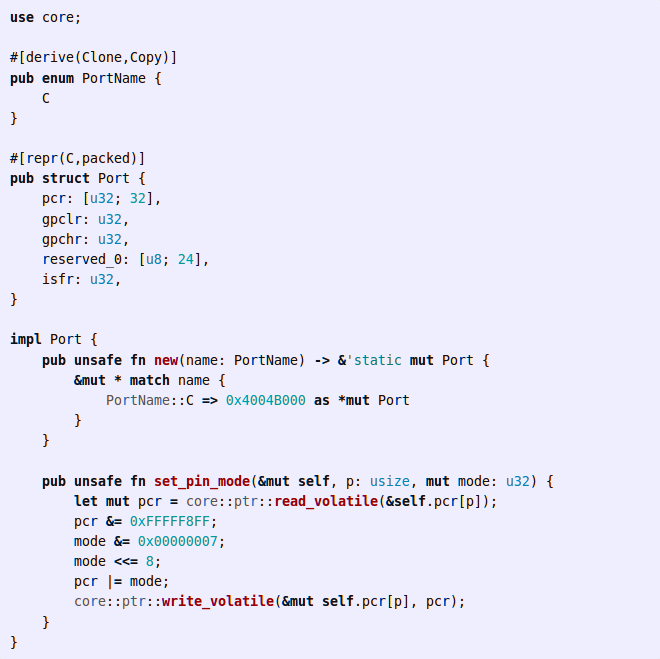 The tutorials are targeted at people who have a basic knowledge of Rust and “lightweight” embedded development experience.  The first tutorial covers bootup of the processor to getting the LED to blink – with a good number of topics covered in between.  Parts two and three go on to cover serial communication and hardware allocation.  Each of the tutorials has quite a lot of information and detailed explanations of a number of topics important in embedded development.  Overall this series is a great way to get going on programming Teensy using Rust.

Update on the Teensy/rust stuff: DMA as a Future works! And I think I've convinced myself it's safe! I wanted to do interrupts, but I might save those for another post. That means I'm really ready to finish the prose and get it up!

The tutorial series can be found on Github.