SchmickBike is a 3-part motorcycle monitoring system posted by forum user thebigg consisting of a controller, a display, and an app that allow the user to observe real-time data relevant to their ride. 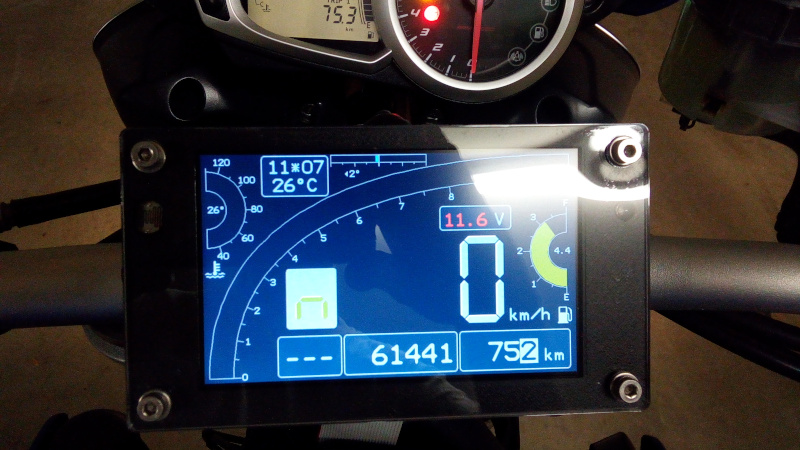 SchmickBike’s 3D-printed controller houses a custom PCB, CANbus transceiver, GPS and Bluetooth modules, power management, and connectors.  The connectors extend to external sensors including an IMU, ultrasonic distance sensors capable of measuring the suspension compression, and a tire temperature monitor. It connects to the bike’s CANbus, fuel injectors and power. 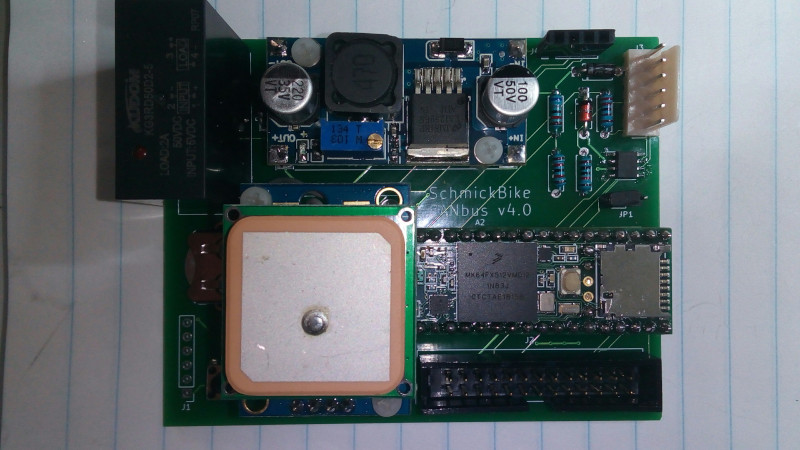 The controller also connects to a 5″ LCD display in a weather resistant enclosure which can be mounted to the handlebars. The automatically-dimming display (determined by an embedded ambient light sensor) has twenty different screens full of useful data including real-time fuel consumption calculators, GPS and sensor results, as well as setup and configuration screens. It has an ambient temperature sensor and configurable status RGB LED alongside options for user inputs such as a handlebar-mounted joystick or buttons.

Driving both display and controller is a Teensy 3.5. According to the creator, the code currently occupies just under 50% of the available flash even with all options enabled. 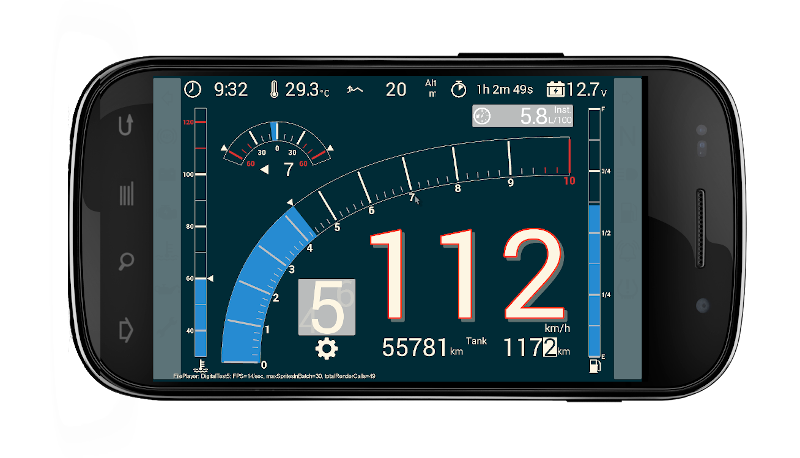 Thebigg has even created an optional Android app capable of receiving a continuous stream of data from the controller via Bluetooth. The app not only displays the data but uploads it to the cloud so you can keep a record of your data from every ride. It can even transmit portions of text messages to the controller so the driver can decide whether or not it’s time to pull over. Useful stuff!