For years, maker and blogger Tobias Khun carefully considered the question: what would it take to build a robotic ping pong player capable of keeping a ball in motion for hours on end? The result, the Octo-Bouncer, is the perfect mechanical juggler.

The ping pong paddle takes the form of a horizontally-aligned clear acrylic plate which is carefully controlled by four servo motors driven by a Teensy 4.0. In order to determine when it’s time to move the plate (and how including angle and force), the Octo-Bouncer turns to computer vision analysis of a camera feed for a See3CAM_CU135 camera module located beneath the clear plate.

The analysis is performed using openCV running in Unity at a whopping 120 frames per second. The program uses a custom ball detection algorithm and includes data visualization of the ball’s location. Having iterated on the project for over five years, Khun is still making improvements to the programming which he’s open sourced including most recently adding plate tilt visualization, hit position prediction, and analytical tilt control. The project is also a marvel of manufacturing with over 150 CNC-ed parts that and Khun has generously provided the Fusion360 files for on Github. 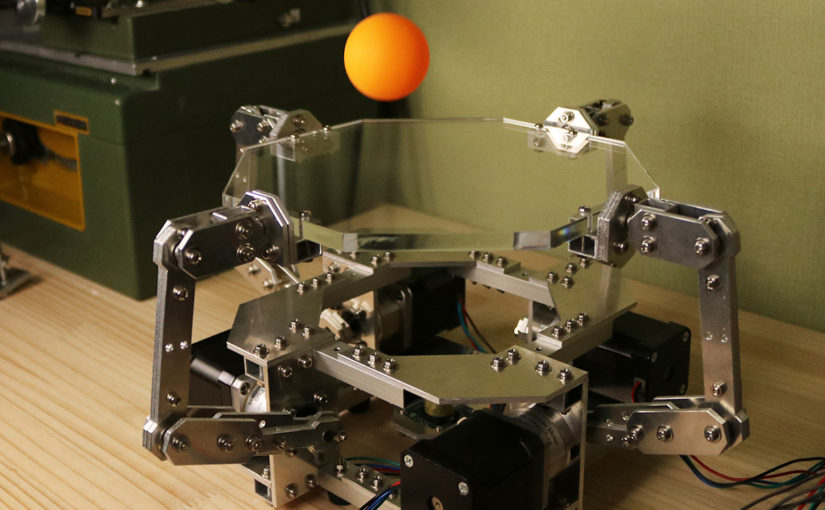