Scott Penrose decided to make keyboard for his kids that would be rugged enough for them after having a few different wireless keyboards dropped and broken. 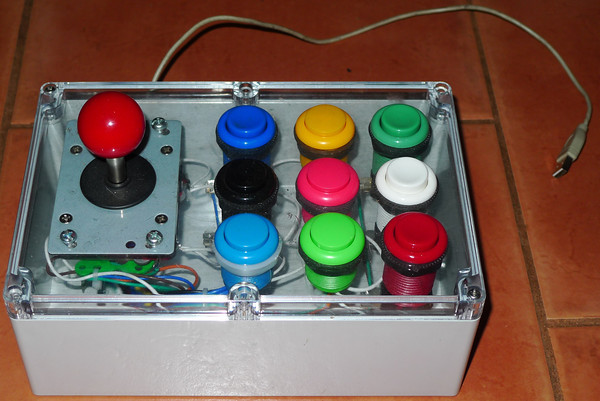 The current version is hardwired using an Teensy 2.0.  My original version used a 3.3V mega and Bluetooth module, and a nunchuck – it used gestures to control the TV. The plan was to build a bluetooth box for the kids with solar panel for charging. This updated version went with Teensy for simplicity (no battery, no charger, and mostly no Bluetooth reconnect issues).

Scot says what amazed him was how easy the whole project is.  He spent about an hour building the box and another hour writing the software, which can be found on GitHub.