Christoph has published a number of cool projects over at Hackaday.io. His latest hack, for the Hackaday Tell Time, is turning an IKEA LACK table into a ceiling-mounted robotic LED clock. 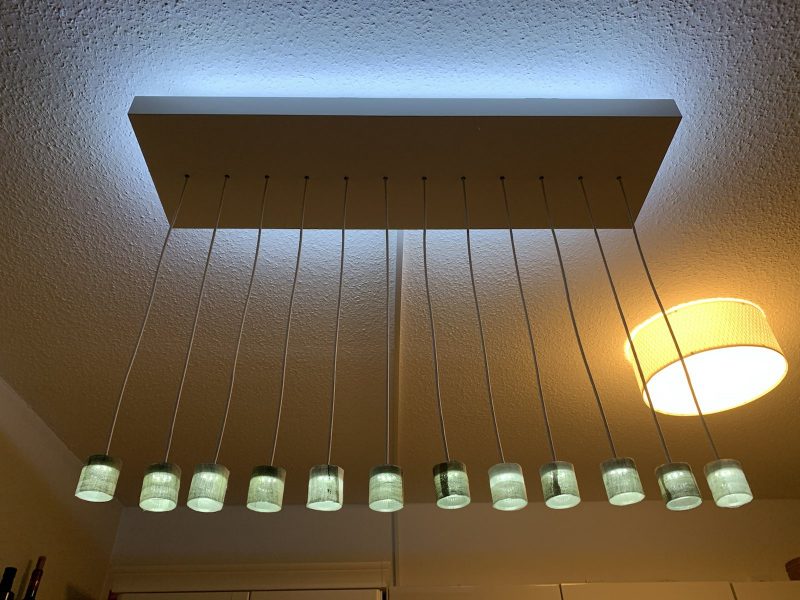 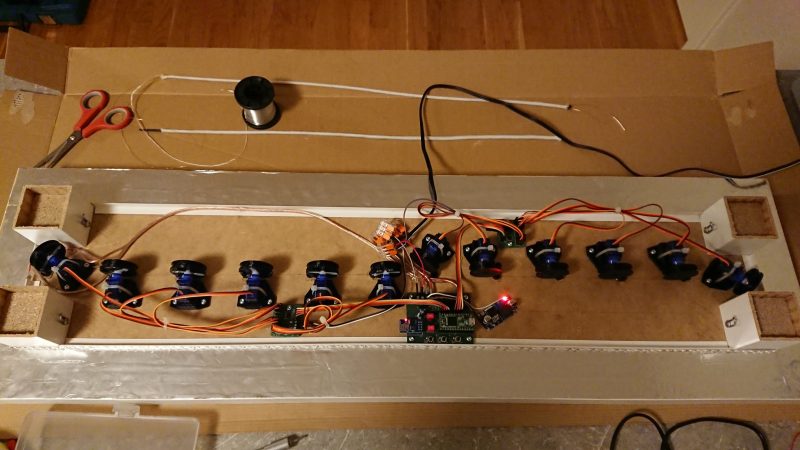 Christoph used an IKEA LACK table, twelve small hanging lamps, twelve servos, a Teensy microcontroller and an ESP 32 to make this project. Each lamp can be moved up and down by its own individual servo, stopping at one of five positions: 0% (fully down), 25%, 50%, 75% and 100% (fully up). The position of the lamps tell the time, for example at 01:15 lamp one would be at 75%, lamp two 25% and the rest at 0%. You can find build logs and code for this project over on the Hackaday.io website.

The other winners of the Hackaday Tell Time contest are also really worth checking out. The PJRC blog has previously featured the overall winner, this beautiful and technically impressive ferrofluid clock by a talented team of students from University of Oslo.