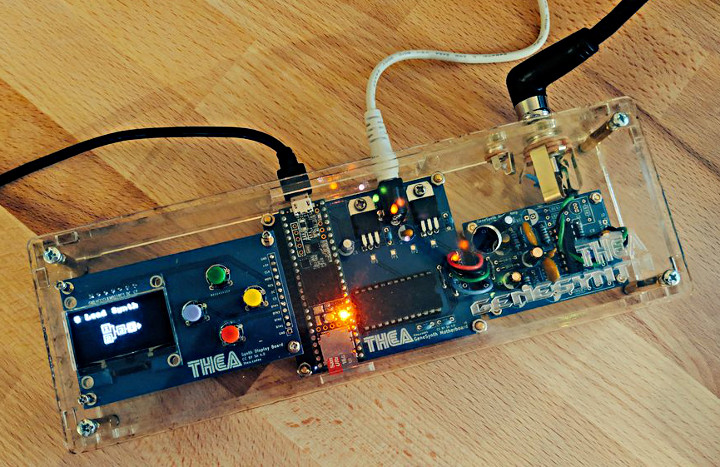 Thea had been toying around with building a synthesizer for a while but was lacking inspiration, then she came up with the idea to build a synth using the same chip as the Sega Genesis.  The Genesis was one of the last consoles to feature a synthesizer instead of samples and CD playback.  This created the distinctive sound of the soundtracks to their iconic games.

The Genesynth uses the Yamaha YM2612 FM syntheses chip, the same chip used in the Sega Genesis.  A Teensy 3.5 interfaces between the chip and a USB-MIDI connection.  A high-quality audio amplifier was used.  While it’s far better than the original Genesis amplifier, it still retains the same filter roll-off so you can hear the chip’s9-bit DAC’s distortion.

Thea says that the project took weeks of research, months of iteration, and nearly a year of programming.  This was not only her first synthesizer build, but her also her first hardware build.  It also gave her the opportunity to learn to make PCBs, which she did with style. 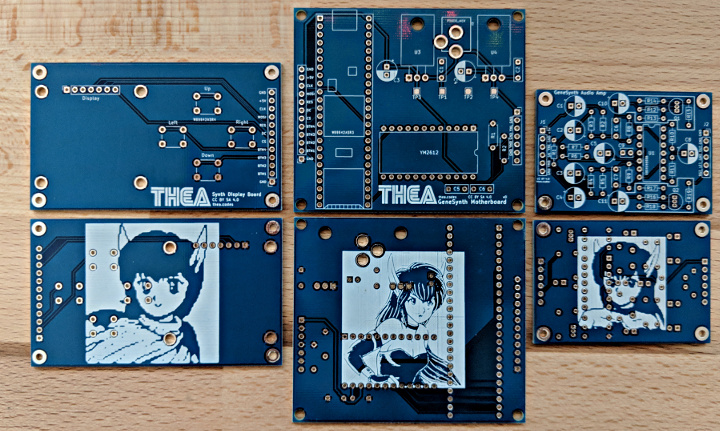 This Twitter Moment is a collection of her Tweets about the project.  It includes some short audio clips so you can hear the Genesynth in action.

She has some great blog posts about the build process, including the Research, Basic Communication, Proper Audio, and PCBs and Noise Elimination.

You can also read a write of the project over on Hackster.io

Finally, all build information including code and PCBs files are available on GitHub.