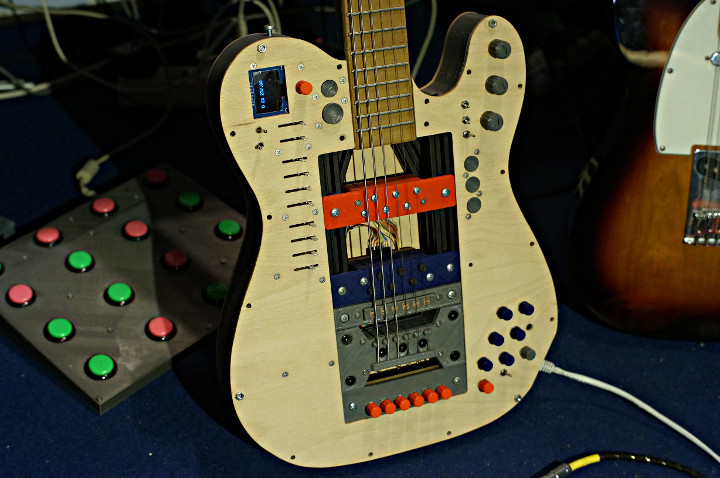 The incredibly versatile ElektroSynth is playable as both an electric guitar and and synth, and also has a pretty impressive list of features such as:

This project came about because Frank had always wanted an illuminated fret-board to display information such as scales and sequences.  Armed with a 3D printer, CNC router and other maker tools, he set out to build a guitar from scratch.

The HackADay project page has some great information on the project as well as a detailed build log.  This is an open source project with the code available on GitHub and design files available on Dropbox (a Dropbox login is required)