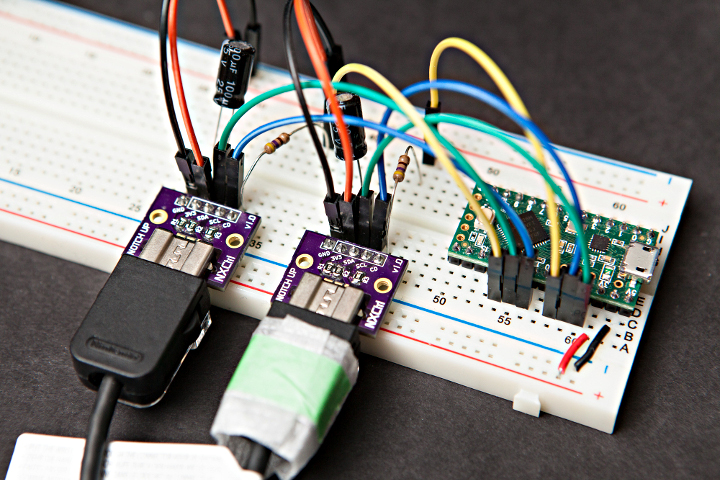 Dave was already working on a project using two Wii Nunchuks for a custom controller when he came across a Reddit post about using a Wii Nunchuck to aim when playing CS:GO.  He had a breadboard on his desk with a Teensy-LC, some Nintendo Extension CTRL (NXC) breakout boards he developed, and some Wii Nunchuks wired up.  After a bit of programming he was up and running playing CS:GO with his new controllers.

Additional details and code for the project can be found Dave’s Parts Not Included site.