Fans of classic Apple keyboards rejoice! Jim Lombardo shared to our forum his recipe for creating a custom USB adapter that allows older keyboard models that use an 8-pin DIN input to serve as modern USB keyboards. 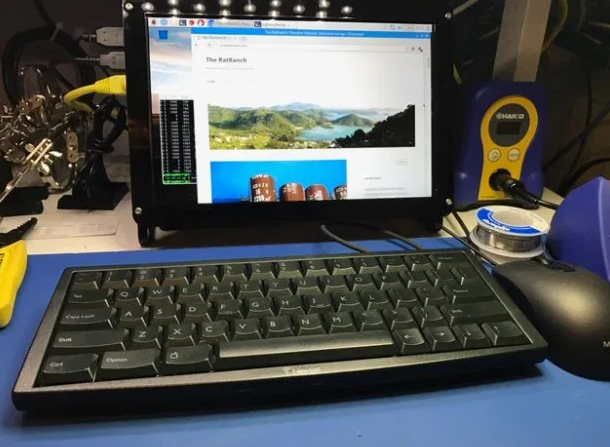 Jim took on the project when he found himself needing a keyboard for a custom Raspberry Pi computer he assembled. He found the perfect mini keyboard for his mini computer—a 10″ Apple Newton keyboard—on hand in his spare parts bin but to his surprise found that no USB adapter already existed for the Newton’s 8-pin DIN F port. Naturally, he took it upon himself to engineer one.

To remap the serial data to USB, Jim uses a Teensy 2.0, a hacked 8-pin mini-DIN M/F or F/F cable to connect to the keyboard, and a USB A to mini B cable to connect the Teensy to the computer. On the software end, Jim created a nice and tidy library which translates the keyboard’s key scan code into ASCII. 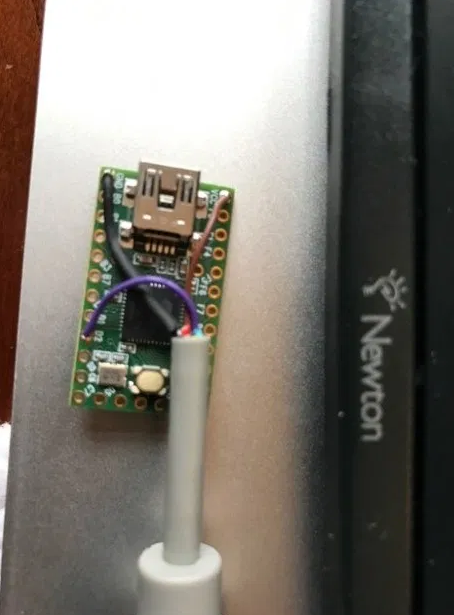 As Jim mentions in his blog, the Newton keyboard was originally designed for use with the Newton PDA (Personal Digital Assistant) system which Apple produced in the late 80s and early 90s. While the system was a flop due to high cost and low performance, it did pave the way for Apple’s later multi-touch device successes like the iPhone and the iPad.