BaseTee is a smart LED controller based on the Teensy 3.2 that makes it easier to control large light installations. 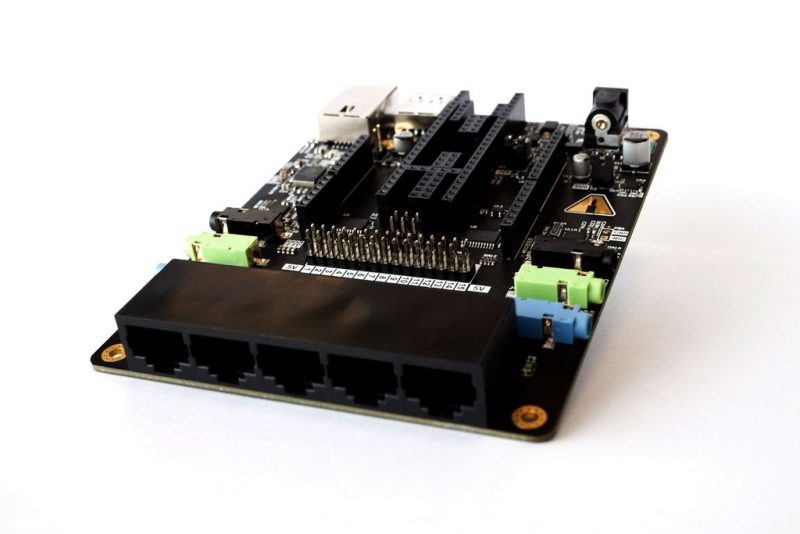 Ackalyte are a company based in Melbourne, Australia that make smart LED modules and controllers. One of their products is the BaseTee, a long-range LED controller and carrier board based on the Teensy 3.6. In the tweet below, you can see it in action at Melbourne Zoo, animating a take on the famous frog tessellation artwork by MC Escher.

The BaseTee itself has quad-channel audio, USB-A, ethernet and a mighty 15 output channels. These output channels can be updated simultaneously and are designed for large LED installations. With the right cabling and power supply, LED data can be transmitted over 100m. They’ve also broken out the Teensy’s I/O and analog pins to headers, allowing you to customise your lighting projects with switches and sensors.

For more information on the BaseTee, including a full breakdown of the hardware specs and features, check out Ackalyte’s website. You can also find a repository of example code on their GitHub, or chat to them on Twitter.

The Basetee is the most features complete Teensy 3.6 motherboard in the world effectively combining 5 adaptor boards into 1. Thanks @PaulStoffregen for this amazingly powerful tool. pic.twitter.com/XKtqvgQJ6T